Light energy can be converted directly into electricity using electrical devices called solar cells. Most solar cells are made of silicon, a material that is very good at absorbing light. But silicon panels are expensive to produce.

Scientists have been working on an alternative, made from Perovskite structures. Perovskite structures work well as the light-harvesting active layer of a solar cell because they absorb light efficiently but are much cheaper than silicon. They can also be integrated into devices using relatively simple equipment.

Materials made from perovskite structures could potentially revolutionize solar cell devices, but they have a severe drawback: they are often very unstable, deteriorating on exposure to heat.

Researchers have developed devices using a new perovskite material that is stable, efficient and relatively cheap to produce, paving the way for their use in the solar cells of tomorrow. 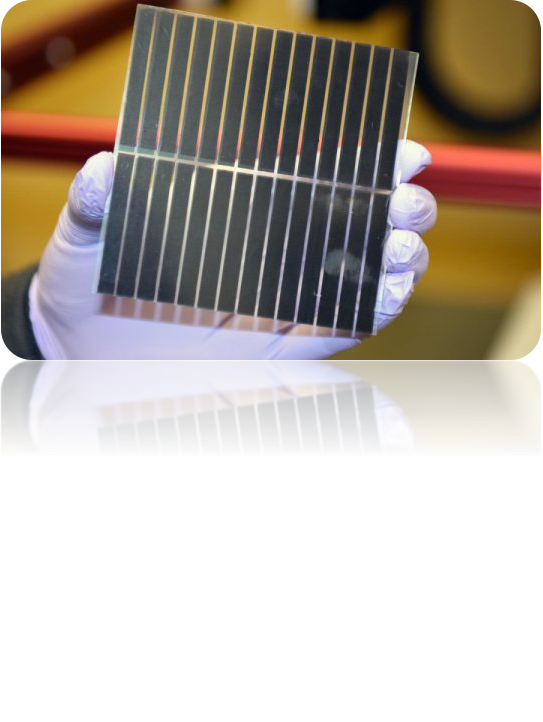 This Perovskite material is completely inorganic.  Since solar cells can get very hot in the sun, heat stability is crucial. By replacing the organic parts with inorganic materials, the researchers made the perovskite solar cells much more stable.

All-inorganic perovskite solar cells tend to have lower light absorption than organic-inorganic hybrids, however. This is where the second feature comes in: The researchers doped their new cells with manganese in order to improve their performance. Manganese changes the crystal structure of the material, boosting its light harvesting capacity.

Thirdly, in these solar cells, the electrodes that transport current between the solar cells and external wires are made of carbon, rather than of the usual gold. Such electrodes are significantly cheaper and easier to produce, in part because they can be printed directly onto the solar cells. Fabricating gold electrodes, on the other hand, requires high temperatures and specialist equipment such as a vacuum chamber.

For more info on the conference visit: https://goo.gl/wxF4Au